Indeed, the ability to control energy, whether it be making wood fires or building power plants, is a prerequisite for civilization.
-Isaac Asimov, 1991.

Africa produces a very low amount of electric energy per capita compared to other regions of the world.The World Bank estimates that the 48 countries in sub-Saharan Africa, which has a combined population of about 800 million, generates almost the same amount of electricity as Spain, a nation of 47 million people. According to Greenpeace, 600 million people in Africa do not have access to a single light bulb.
Projects such as the Grand Inga Dam in the Democratic Republic of the Congo, which can generate more than 40 GW, or tapping into the abundant solar energy, can help solve Africa's electricity shortage. 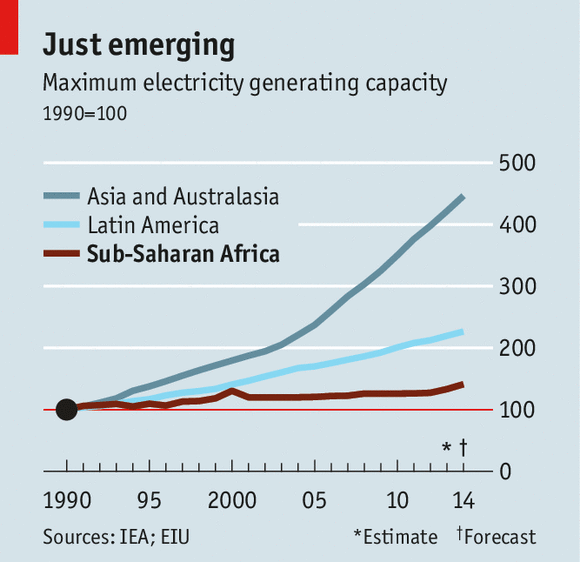 Mapping the world’s solar potential, one roof at a time

Platform for water. energy and sustainibity

Living off the grid